WIRED : Key to a happy life? Swapping Vegas for the life of a goat herder

pashminadialogue > blog > WIRED : Key to a happy life? Swapping Vegas for the life of a goat herder 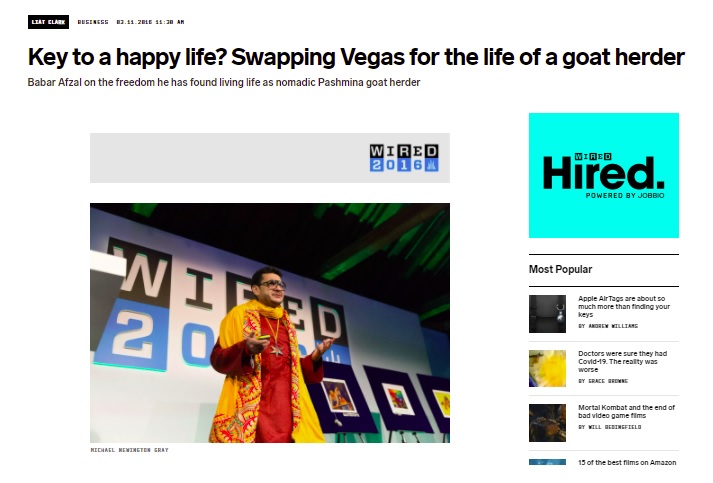 WIRED : Key to a happy life? Swapping Vegas for the life of a goat herder

A few years ago, Babar Afzal was flying to Las Vegas whenever boredom hit, happily spending his $200,000 salary as a McKinsey analyst without a second thought. It was a life far removed from his childhood spent in Kashmir, where $300 a month would be considered a good salary.

“Kashmir at that time had a backdrop of terrorism,” Afzal, speaking at WIRED 2016, explained. “There was no hope for anyone – except education. I wanted to leave my land forever and never return. It was that extreme.” It was a good choice, for a time. But Afzal admits he was “always aiming for something better”.

Scrolling through the daily news one day, he came across a new item mentioning the deaths of 25,000 Pashmina goats from his home state. “I found there was some message for me there; some guilt in me. I could not place it.” That moment set Afzal on another extreme path. He quit his job, became a goat herder, and today works for the rights of his fellow Pashmina farmers – people who have been toiling in high altitudes for little money, for a product that can fetch up to $200,000 in high-end stores across the globe.

His Pashmina Goat Program was founded in 2013, and Afzal is chairman of the Foundation, which raises the profile of the animal.

“I lived as a nomad – with no phone, no electricity. I thought it would be easy but it became very difficult for me. Every few months I would come to the nearest town and something strange would happen to me. If anyone spoke to me loudly or a car honked, I could not take it. I had become a lot more sensitive.”

Gradually, a man who had been obsessed with technology began to see other changes in himself.

“I had a different way of looking at things. Before it was all numbers.”

Working as a goat herder, literally shedding his excess baggage and living minimally with just a staff and blanket, Afzal learned to live in a different manner. He found, it made him feel more powerful. “You have to be light, to get that light into yourself.”

“When you are at the top of the mountain as shepherds are, that’s where you are at highest risk of wolf attacks” (Babar Afzal)

No longer weighed down by the busy noise of life, he was able to learn from the Kashmiri tribe that accepted him and look at the big picture. He knew that he, like most people, had spent his life “always seeking greener pastures”. The goat herders, he realised, knew that no matter how green the next pasture was, it would not stay that way forever. “When we grow up in our careers and life and are doing very well, we don’t know when to exit. A shepherd knows when to leave the pasture. That is where most of downfalls begin. Leaving the pasture is a very important lesson.”

Imagine that all of us are shepherds, he said, and gradually we learn that the more cattle we have the better off we will be. The pastures will deteriorate faster as a result and there will be nothing left.

We need to change our way of thinking to prevent this from happening over and over again. We need to look at divergent examples of innovation instead, said Afzal.

“It’s a common theme that runs through human innovation – it’s about channeling the divergence.” Automotive manufacturers, for example he argued, should not be maintaining the status quo, but asking how we can move away from energy dependence and diverging from the norm, towards a better future.

“I am free now. Everyone strives for freedom – and I have paid my price and am free.” 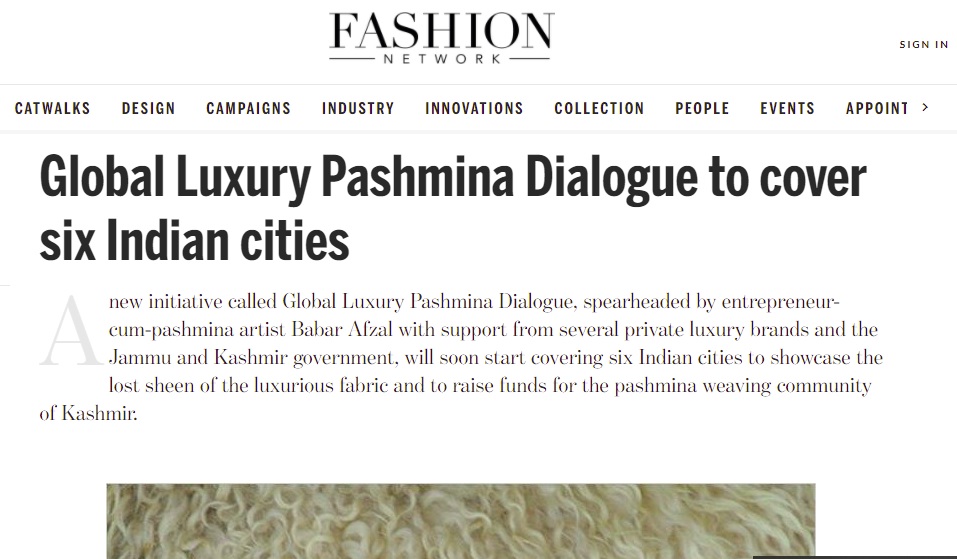